What You Should Know About Premarital Agreements 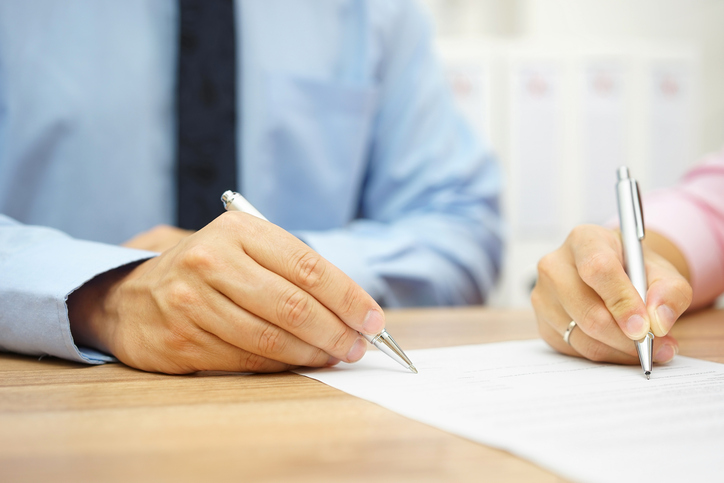 The U.S. Census Bureau recently revealed that Arizona has a divorce rate that exceeds the national average. Couples who want to marry and are understandably concerned about a potential divorce can utilize a premarital agreement to help put their mind at ease.

There are many other reasons why a couple may want to consider a premarital agreement before tying the knot.

What Is a Premarital Agreement?

Premarital agreements are contracts between prospective spouses in contemplation of marriage, which are effective upon marriage and – with rare exception – are binding in the State of Arizona. To be considered legally valid, a premarital agreement must:

What to Include in an Agreement

You have great latitude in determining the specific terms of your agreement. It may include rights and obligations of you and your prospective spouse as to property either of you currently have or will acquire during the marriage, such as the right to purchase, use, sell, transfer, exchange or otherwise control such property.

A premarital agreement can also be used to instruct how property will be divided upon separation, divorce or the death of either party. Agreements may also be used to:

In effect, premarital agreements give you broad authority to enter into legally valid agreement pertaining to almost any matter that relates to you and your spouse.

Are There Any Limits?

Yes, while couples have a great deal of decision-making authority when creating a premarital agreement, there are limits. Any agreement that runs contrary to Arizona public policy or an Arizona statute that imposes a criminal penalty is forbidden. For example, issues regarding children — such as custody, parenting time and child support — are not appropriately included in a premarital agreement.

Do You Need an Attorney?

Although not required, it is advisable that each party be represented by his or her own counsel to assist in the review, understanding and signing of the agreement, even if one party pays for both attorneys. This is helpful in negating any future claim by your spouse that he or she did not understand the agreement or did not enter into it willingly.

Ensuring that your premarital agreement is signed in plenty of time prior to the marriage assists in negating a future claim that the agreement was coerced at the last minute. If there is a provision in your agreement that modifies or eliminates spousal support in the event of legal separation or divorce, it will be binding unless enforcing the provision would cause one party to be eligible for public assistance. In that event, a court may go beyond the Agreement and require spousal maintenance to be paid.

After marriage, a premarital agreement may be amended or revoked by written agreement signed by both parties. Also note that, while less common, a post-marital agreement (a contract between current spouses which defines their rights to assets and debts in the event of a divorce) may also be enforceable.

Can a Premarital Agreement Be Challenged?

While challenges may be made to enforcement of a premarital agreement, they are rarely successful. There are a couple of steps couples can take to reduce the risk of a future challenge. First, the couple should provide a fair and reasonable disclosure of the property and debts of each party. This goal is best achieved by attaching to the agreement a list of each party’s assets and debts. Additionally, each party should waive any right to disclosure of the other party’s property beyond that disclosed in the agreement.

What to Do If the Premarital Agreement is Challenged

If a premarital agreement is challenged, the party seeking to invalidate it has the burden to prove it should be set aside. In the rare circumstances that premarital agreements are not upheld, it is typically due to the same types of problems that make other types of contracts unenforceable, such as when a contract is unconscionable (meaning that given the circumstances at the time the agreement was entered into, it was so one-sided as to oppress or unfairly surprise an innocent party).

Similarly, if a party was under duress or coercion when it was signed or the agreement was not specific enough for a court to enforce, the agreement may be successfully challenged.

Contact us at Hallier Stearns PLC for more information on premarital agreements and how we can protect the long-term interests for you and your children.